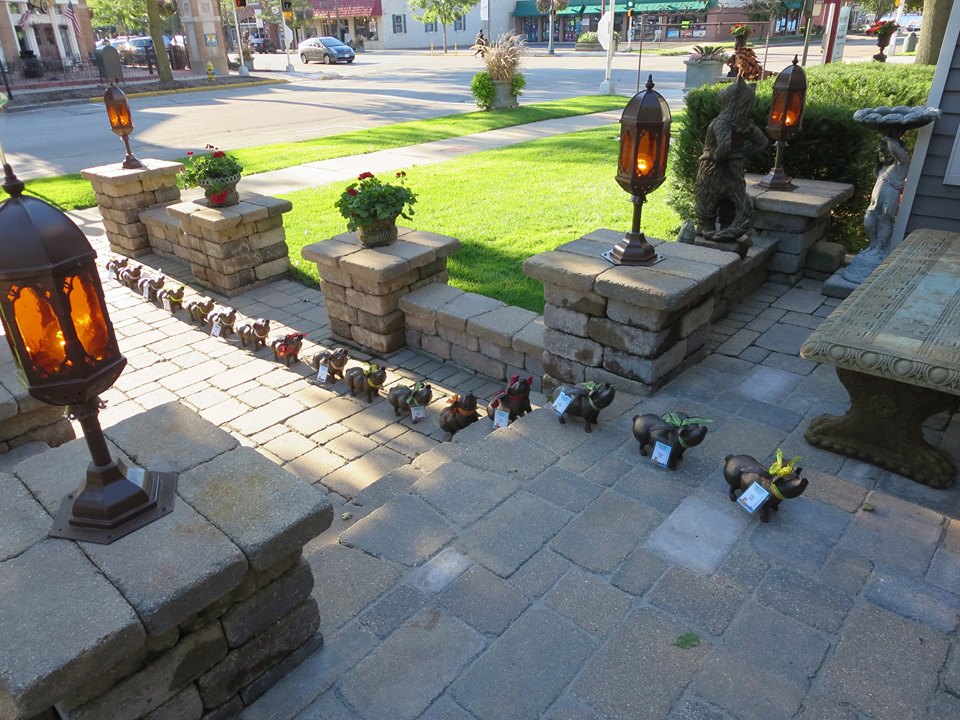 Pigasus, the people of southern Louisiana known as "Cajuns" emigrated in the early

17th Century from France to the New World.

They landed in Nova Scotia then slowly over the century, despite many hardships,

made their way down through Canada and the US to the baayous near New Orleans.

"Plenty of intention but not much wingspan," as John Steinbeck used to say

(the Pigasus was his personal muse), these indomitable little pigasi are not swift,

but they are plucky and determined.

When they land they tell us their names, which we put on their name cards.

On the the back of the name card is the history of the flying pigasus.