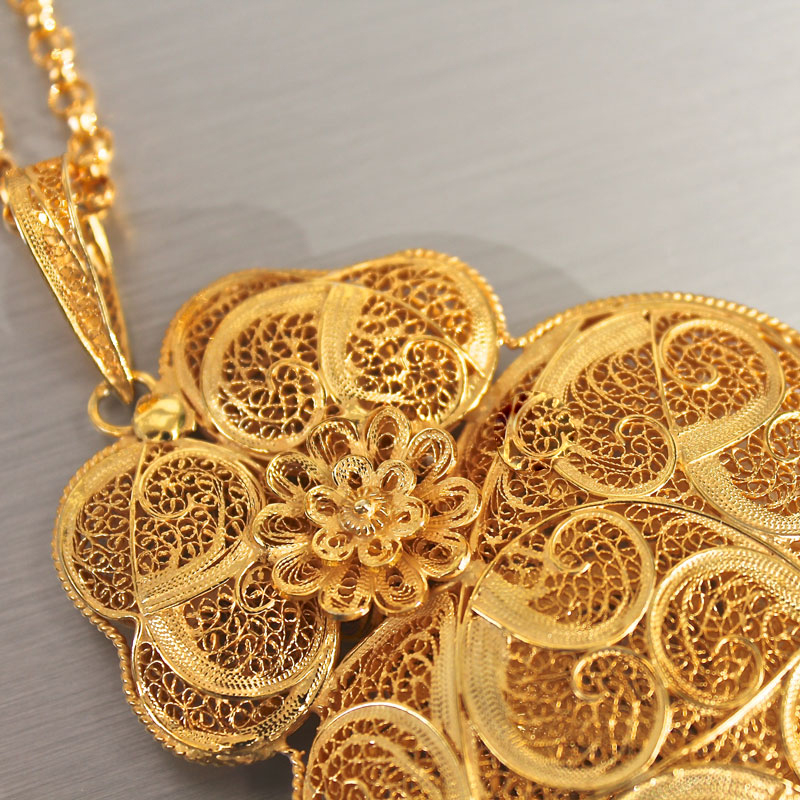 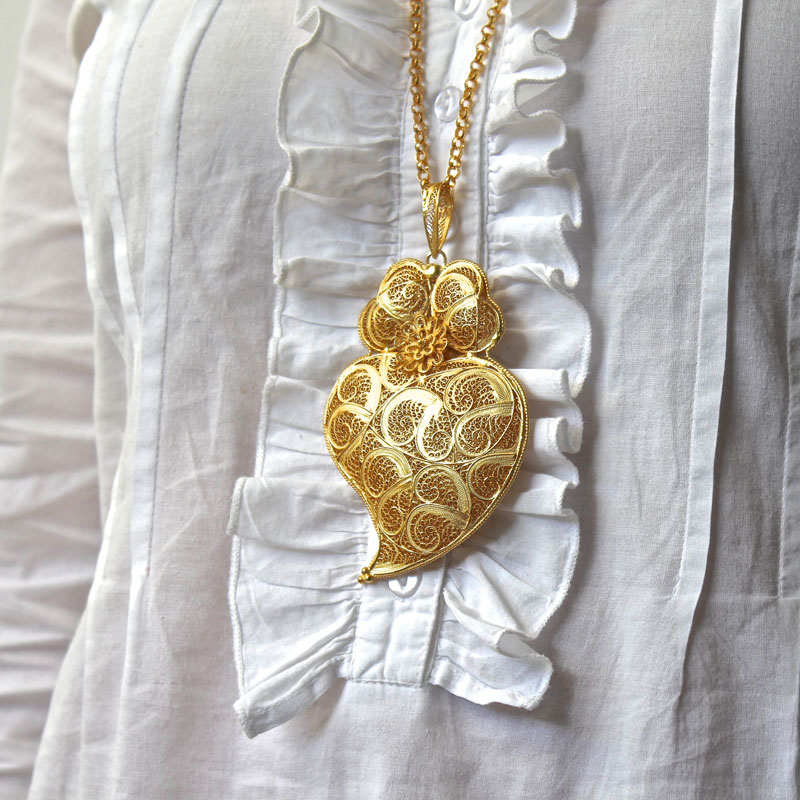 The aesthetic manifestations of the Galician-Portuguese jewelry date back to before the Roman Era. Several archaeological findings and some reports from roman chroniclers prove the veracity of this statement. The esteem of our people for jewelry was maintained throughout many centuries, as we can see in the legends that were transmitted from generation to generation up to nowadays.

If the abundance of Gold that was extracted from the peninsular territory's goldmines contributed for the birth and growing of the regional jewelry, its flourishing only occurred thanks to the gold from Brazil. Actually, it was after the inflow of the gold from South America to Europe, mainly in the 19th Century, that this type of jewelry has developed.

Classic jewelry sprouted as a manifestation of the Italian republics, specially in Genova.

The Portuguese popular jewelry rooted, as craftwork, in the north of Portugal, especially in Gondomar and Póvoa de Lanhoso, and asserted itself, under the meaning of amulets and as a complement to the way of dressing, in mainly baroque shapes, that pleased the peoples of Iberia occidental coast, particularly in Minho and Galiza.

The esteem that the woman from Minho had, and still has, for her gold transformed the art of jewelry into a popular art among us. And today, having conquered the taste of the high classes, this art is  trending ways of modernity, without compromising its popularity.

"Very beautiful is the gold

Around a maiden's neck"

These are rhymes from the popular Portuguese songbook that doesn't forget the traditional hearts, pieces from the so called Gold form Viana, of which Manuel Rodrigues de Freitas e Amadeu Costa,the authors of the book 'Ourar e Trajar' talk with mastery.

In the 15th Century a goldsmith named Isaac Cru used to live in Viana, 'who was a decent man', important for the commercial development of this, at the time, village, of the peninsula's northwest.

Manuel Rodrigues de Freitas, one of the most remarkable successors of that goldsmith form the 15th century, devotes himself to gold in its economic, cultural and artistic dimensions for almost half a century. After Ouro Popular Portuguese Filigrana Portuguesa, Mauel de Freitas presents us with Ourar e Trajar.

Like our ancestors used to do in the first bath of a new born child, I put in a Gold piece in the waters in which Ourar e Trajar will bathe.

The process of bathing .925 silver (92.5% pure silver) filigree art in Gold is called Vermeil. It is important to note the Portuguese gold has the highest purity in Europe 24kt. Forms and design of jewelry are closely associated with the history and religion. For example, the famous heart of Viana (coração de Viana), the form of which is observed in present day traditional earrings is one of the oldest symbols of Portugal.